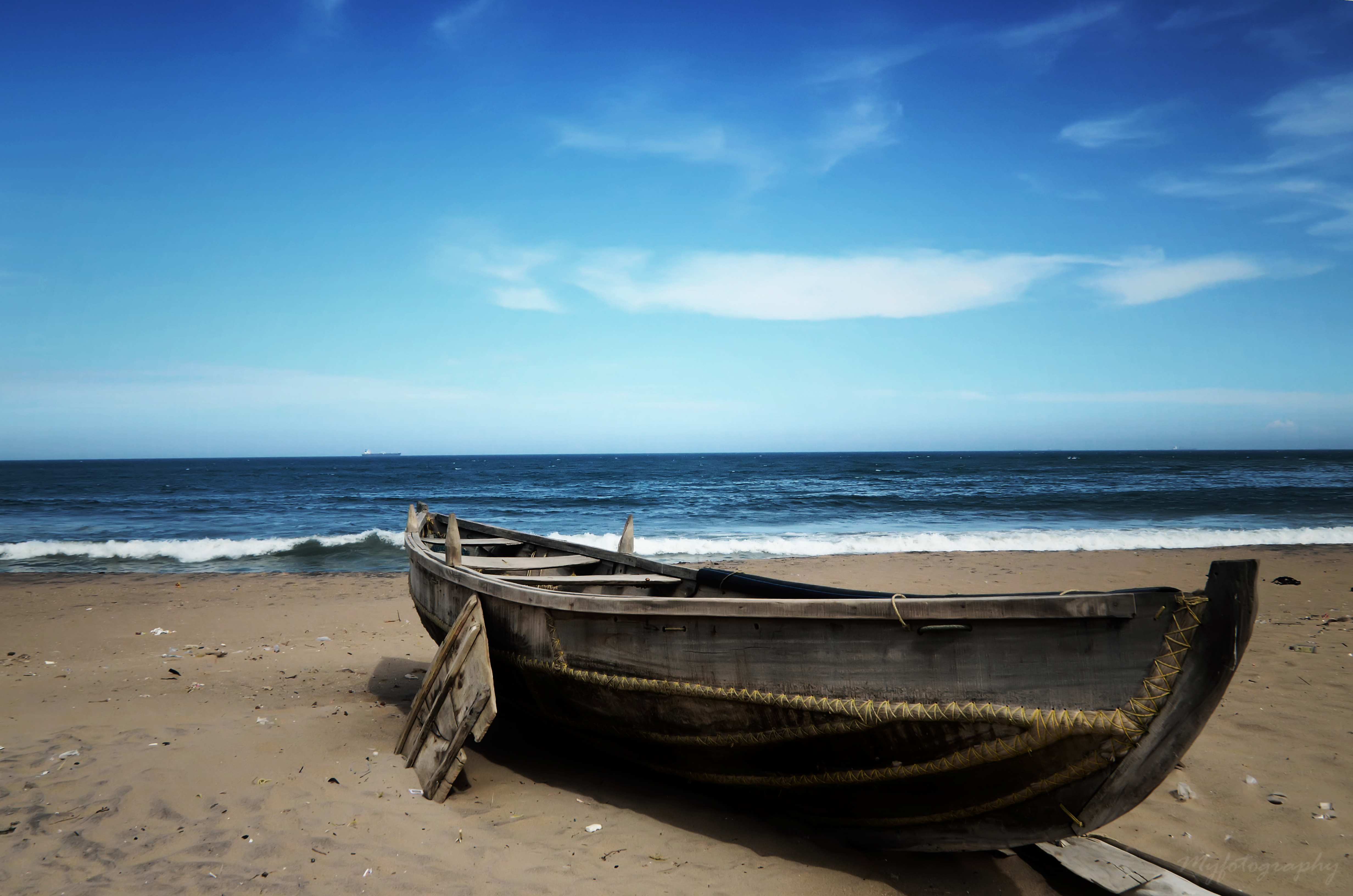 Kevin: Let’s take another turn here and talk a little bit about some of the common things that people are experiencing today and maybe if you could give some suggestions on what you can do to help them. I know that, to begin with, we will start with osteoporosis. Many women are concerned about osteoporosis and are concerned about calcium and taking these calcium pills. You know, what are some of the pros and cons of that?

David: Well, well, the nations that consume the most calcium, the United States, Canada, and the Scandinavian countries, have the worst osteoporosis, and that’s because our mineralization theory or our nutrition theory is wrong. The general theory is that a hundred years ago they started looking at people’s bones. They found that out, oh my gosh; these bones are made of calcium. When people don’t have enough bone density, the thought is, oh, they just need to eat more calcium because that’s what makes bones strong. Calcium does not make bones strong and that is one of the biggest misconceptions out there and it actually goes to the real core of our problems with science. And it is that the human body is a complex biological machine of an incredible mystery. And there’s strong evidence that if you eat some calcium, let’s say it’s coral calcium, for example, oyster shell calcium. That it is almost impossible to introduce that material into the bones to increase bone density. The amount of increase in bone density, at best, is 1-2%. It’s not good enough.

What increases bone density? Well, it turns out that they are two other minerals and they are silicon and magnesium. Now the best natural source of magnesium is cocoa and cocoa is known to be good for teeth. In fact, there are chemicals in cocoa that kill the Streptococci mutans organism that causes cavities. And indeed, those chocolate extracts will now appear in toothpaste around the world.

David: That is incredible. That to me is such a dramatic irony.

Kevin Wolfe: Chocolate has been good for teeth all along. It’s the sugar that’s been bad, but even then, even then, there have been studies done on people who eat chocolate even with sugar and you’ve come across a study done in Scandinavia on this. Even then, people who eat chocolate have been found to have better dental health than people who don’t. To me that is amazing. But let’s move on to silicon because this is the mineral that is hard to come by in today’s diet. What is silicon? it is a mineral. You get it in the skin of cucumbers. It’s in the skin of the peppers. It’s the skin of tomatoes. It’s in certain special herbs, which I’m going to name, and you can drink this as a tea or take it in supplement form and you’ll notice that it helps with bone density.

And here are the herbs. One of them is called horsetail, horsetail and not horsetail. It’s actually a herb. Another is the nettle. Druids in the UK have eaten nettles for thousands of years and it is one of the most important foods to eat if you know how to make it or use it in juice or can simply dry it and make a tea. , which is what I recommend; horsetail, nettle, oat straw. The oat seed of the oat grass has a bit of straw around it. It has a little coating. It is the seed capsule. That oat straw is one of the richest sources of silicon. You can buy it in health food stores. It can be obtained in the form of extracts in health food stores.

You can get it raw and make your own tea from it. You combine those three together and you want to add alfalfa, which is also a great source of silicon. You can make a tea out of it or just eat them any way you can find them. And you will find if you make three strong teas

of that per day you will begin to increase your bone density but how? It’s silicon. Now, how does silicon increase calcium? I mean it doesn’t make sense. It’s because our mineral theory is wrong. Our atomic theory is wrong. And it is that if you eat foods rich in silicon, your body, through the power of enzymes, transmutes it into calcium, converts silicon into calcium. That was discovered by a great French researcher named Louis Curvan, a Nobel prize nominee, who wrote five books and 5,000 pages of research just on this particular subject; how silicon and calcium are related to each other.

He was very honored in France and is very closely related to the science of what is happening in France; but due to a language barrier, his research never really reached the English-speaking nations.

Kevin: Interesting when we’re still taking calcium pills from, you know, seashells and all.

David: I recommend to God, you know, this is so ingrained in our minds about calcium that if you’re confused about this, go on the internet and research exactly who gets their bone remineralization results and you’ll find it’s the people who don’t. is it so. take these forms of calcium that are toxic, which is oyster shell calcium and, to some extent, even coral calcium.

Kevin: Now, the bones are alkaline and the acidity of meats and sugars, does not eat the bone? I mean, has that been proven or is it just a theory that I think I have, you know?

David: Well, that’s a great question and that’s the other side of the osteoporosis equation. One is that we have to make sure we get the proper nutrition to build strong bones. The other side of the equation is that we have to make sure that we’re doing things that don’t damage our bones. Eating a lot of sugar is one of the worst things we can do for the general health of our teeth, which are living bones, and for the density of our bones, because when we eat a lot of sugar, our body has to use calcium, it has to get calcium out of the bones to buffer or neutralize the intense acidity of sugar. Calcium is highly alkaline, as you said. Our bones are alkaline and therefore alkaline minerals are used whenever we are exposed to really strong acids. Sugar is a very strong acid. I mean, you know, we used to dissolve the corrosion on our bus battery terminals by pouring soda on it because sugar just dissolves and phosphoric acid just dissolves all the corrosion right on the battery terminal. I mean you don’t want to put that on your body. That’s dangerous.

Kevin: Let’s get into supplements a bit. And you walk into a health food store and there are literally thousands of them. How do you get past them to find the ones that help with weight loss and longevity, is that really what i think fountain of youth is all about? Which of those are the best? I mean rhodiola, turmeric, cinnamon. I mean, what are the ones that people should focus on, not necessarily take but focus on?

David: That is an excellent question. My job is basically guiding people to health food stores and creating order out of chaos. There are many things. Okay, well, the most important thing, in my opinion, that you can buy in a health food store in that department is going to be vitamin C.

Kevin: Good. In what way?

David: Well, there are different ways. Now, I recommend that you start experimenting, moving away from the synthetic forms of vitamin C or ascorbic acid, which are still beneficial, still good for you, and towards plant powders that are high in vitamin C. For example, you can get acerola cherry. It’s a tropical berry that’s very high in vitamin C. It’s like 1-2% vitamin C and basically what they do is grow these berries. They dry and pulverize it and then encapsulate or put it in a glass jar and sell it in health food stores as vitamin C. Now that’s a great way to get lots of natural vitamin C with all the cofactors. Vitamin C needs cofactors like rutin and bioflavonoids that are naturally present in those powders, like acerola. You can take it as a supplement in capsule form or add it to your shakes. You can literally put it in the water you drink in the morning and it sweetens the water. It sweetens the water but does not sugar it.

David: Vitamin C is sweet but not sugary. Thus, it makes morning water easier to drink. So that’s one thing, vitamin C. The next thing is, what I think is, the biggest discovery in the last, probably in the last hundred years in the field of nutrition other than vitamin C and enzymes and that’s sulfur, MSM. , Methylsulfonylmethane. MSM is a biologically available form of sulfur found naturally in wild foods and unattended foods. We don’t really have access to that anymore. I mean, almost all of our food is farm-grown for us. It is not being naturally watered by rain. I’m talking about the natural sulfur that occurs in the oceans that helps create clouds, then drops them onto the land that we need nutritionally to make flexible collagen. Now what in the world does that mean? It means that sulfur produces supple skin and supple muscle tissue. It essentially stops wrinkles and increases the juiciness of collagen and discs, the joints that basically separate our bones from each other. On top of all that, it increases the growth of our hair, our nails, so that we have thicker and richer growth of our hair and nails. All of this can easily be experienced within two weeks of taking MSM.

David: It really is amazing and people who want fast thick growth of their hair and nails are almost always surprised by how powerful MSM can be. You can get it in capsule form. You can get it in powder form. It is now available in all health food stores. once you start

looking at it, and especially when you take it, this is what you are going to discover. You will find that it is one of the most important things you have ever taken. I have randomly surveyed hundreds of people about MSM. I almost always get a T here from people who have taken it before. Oh, MSM changed my life. I’ve heard that dozens of times, that exact quote. Oh, MSM changed my life.